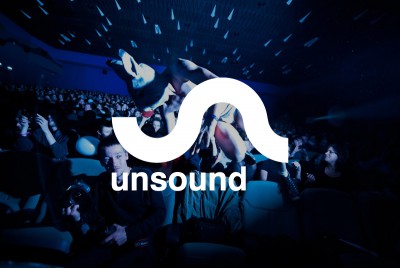 Unsound was established in 2003 in Krakow, Poland, as a festival of advanced music. Starting out as an underground event, in recent years the festival has grown in size and name.

Unsound currently produces an annual festival in Krakow at the end of October each year, and in spring 2011 produced the second Unsound Festival New York, with local producers, curators, venues and cultural institutes in that city.

Also with local partners, Unsound has created smaller events in Prague, Warsaw, Bratislava, Kiev and Minsk, the capital of Belarus. Unsound is interested in the idea of cross border collaboration, and thinking of the festival as a tool for commissioning and fostering new work. As well as this, Unsound is focused on promoting music from Poland and generally the region east of Berlin.

Unsound’s roots go back even further than Poland, though, to the small Australian country city of Wagga Wagga, Australia. The first Unsound event took place here, with a different organization team, many moons ago. Today, Unsound in Wagga Wagga no longer exists, but the name lives on, in the form of the Polish festival, which has its own trajectory and profile.

Unsound is produced by Fundacja Tone, a Krakow not-for-profit organization.

Olivia has been a key player on the Polish electronic…

One of the surprises at this year’s Unsound Festival in…

SHAPE, the Creative Europe supported platform for innovative music and…

After a summer break, we are back with the SHAPE…

Zamilska‘s debut album Untune was released to critical acclaim in 2014. Her…

The first incarnation of Księżyc was active in the 1990’s,…

Stream this special Resonance FM show, devoted to the legendary…

Tune into Resonance FM tonight for a special show, devoted…

We proudly present You this SHAPE mix, made for NTS…

RSS B0YS is a mysterious duo that appeared out of “nowhere”, unleashing their buoyant, ritualistic take on techno.