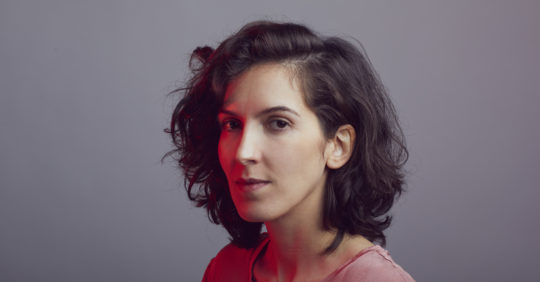 Svetlana Maraš (1985) is composer and sound artist from Serbia. She works at the intersection of experimental music, sound art and new media. Her musical work is finding adequate form of expression in different media, genres and representational contexts and encompasses live electronic music performance, electro-acoustic composition, radiophonic art, sound and media installations. She has been musically educated from an early age. Graduated at the renowned Aalto University (Helsinki) where she worked as a research assistant, she also received training in composition and art at places like Bang on a Can Summer Institute (MASSMoCA), Columbia University – School of the Arts, Mozarteum Summer Academy, KlangKunstBuhne at UDK (Berlin), The Berklee Summer School, Darmstadt International Summer Course  and many other places.

Maraš was awarded Vitomir Bogić prize by Radio Belgrade in 2013, for best, young radiophonic composer. Her composition Dirty thoughts was recommended work at the International Rostrum of composers in Wroclaw in 2016, and her piece Jezik, commissioned by ORF was shortlisted for Prix Italia award. Maraš was jury member for Media Art Prize at Bauhaus University in 2017 and keynote speaker at Audio paper symposium at Inter Arts Center in Malmo in 2018. Her article “Thingification of compositional process – emergence and autonomy of extra-musical object in Western Art Music” was published as a book chapter in 2017.

Maraš often gives workshops and masterclasses on programming and new music technology for kids and adults, and she lectures on topics related to experimental music and sound art. She is co-curator of the 4fakultät series in Hamburg.

As composer in residence and artistic director of Radio Belgrade’s Electronic Studio since 2016, she has initiated various projects and activities such as EMS Synthi 100 restoration, artist residencies and educative programs.