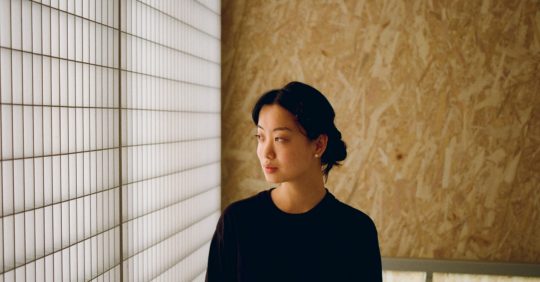 Born in Tokyo, raised in Beijing and now resident in London, object blue is one of the most exciting new voices in experimental club music, her limber live sets blending techno and sound design in a way that’s both cerebral and body-moving. Since storming onto the scene in 2018 with her TT released debut EP Do you plan to end a siege? and follow up REX on Let’s Go Swimming, in 2019 object blue has been in all the right places.

From composing the music for Andreas Kronthaler for Vivienne Westwood SS20 and performing it live Paris Fashion Week, to unforgettable shows including performances at Dimensions, Dekmantel, Sonar Hong Kong, Retextured Festival, Primavera Sound, Simple Things, RedBull Music Festival London (where she debuted the FIGURE BESIDE ME live show, a 360-degree audio-visual installation created with Natalia Podgorksa) and more – the London-based producer, DJ and live artist also unveiled her most personal body of work to date and highly anticipated self-released third EP, FIGURE BESIDE ME.

She hasn’t stopped there, this past year has seen object blue remix everyone from Murlo, Seb Wildblood and Jasper James and seen her sweep the end of year lists from Mixmag to CRACK. Having been selected as one of SoundCloud’s 10 Global Artists to watch for 2020 as well as a SHAPE Artist for 2020, object blue charges into the new year counting fans in the likes of RA, DAZED, i-D, TANK, Groove, Pitchfork and Benji B on BBC Radio 1 (whom she did a highly praised guest mix for) and more.

Born in Tokyo, raised in Beijing and now resident in…